The New York Post reported on Sunday that a stripper, who claims to have had a threesome with gold medalist Michael Phelps, says he has tremendous stamina and that sex lasted for about three hours.  And Associated Press reported on Tuesday that at least 84 Afghan schoolgirls were admitted to a hospital in the third poison attack in three weeks on a girl’s school, and some believe its being done by the Taliban or other “conservative” extremist groups who oppose girl’s education.  Meanwhile, Breitbart reported Monday that Hulu’s runaway success over the last year and the number of exclusive agreements it has struck, is resulting in attacks by many media commentators using antitrust language.  Given that President Obama has said he wants to strengthen antitrust law in the U.S., and wants more scrutiny of media, many believe it won’t be long until the U.S. Department of Justice begins antitrust action against Hulu.  Some pundits are trying to create a new nonprofit organization committed to helping Afghan women become highly educated, while enjoying movies on Hulu and having marathon sex. 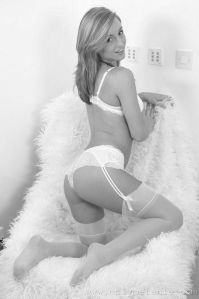 “At some point a person has to take a stand against the oppression of a young woman’s right to an education, against attacks on successful private enterprise like Hulu, and in favor of programs that result in hours of legalized sexual gratification.  And that’s why I’m organizing the ‘Hot-n-Heavy Web University Trust Fund and Skin Care Foundation’,” said Melanie Fulmetal-Jackette, a corporate executive and part-time stripper down at the Blue Steel Dance and Ammo Club.  “It’s time that everyone who claims to have a rational brain either fight Al Qaeda and the Taliban and kill them all and free the women to new opportunities; or fund groups like mine that are committed to helping oppressed women obtain good educations, get free access to Internet movies and have frequent orgasms through sex that works for them.  Oh, and a little skin care advice too, you can’t let stuff like that to chance.”

Undeserving of education and sex?

Not everyone agrees with Fulmetal-Jackette.  “Women are the property of all enlightened male members of the Taliban, and as such, are subject to our wishes and demands that they remain stupid and ignorant and do what we say.  As far as Hulu goes, all video entertainment should be banned with the exception of an occasional report from Osama bin Laden, or maybe a video of Taliban elders having sex with little girls they’ve forced to be their wives, but we don’t want to talk a lot about that because it makes our daughters irrationally nervous,” said Imum Sicsumbitch, a Taliban elder and one of several Sicsumbitch’s leading the movement.  In fact he proudly belongs to a line that includes several generations of Sicsumbitch’s who have passed their belief system down to him.  “And sex is whatever we say it is.  Women shouldn’t enjoy sex, but Taliban men need to have it as often as possible and have many wives so we can increase in number so there will be more Sicsombitch’s throughout the Middle East ruling other men and stopping the education and pleasure of women.  When we have destroyed the West, then there will finally be peace and proper rule on earth.  We are so glad that Obama has declared an end to the war on terror.  We knew the infidels would give up eventually.  Soon all women in the world will be denied educations, the way god intended.”

The New York Post reported that Michael Phelps deserves another gold medal – for stamina in the sack, according to a stripper who claims she had a threesome with the swim champ. “The sex lasted for about three hours,” Baltimore stripper Theresa White told Britain’s News of the World. “Michael should get another Olympic gold for marathon love-making!”  White, 25, claims Phelps invited her and some of her lap-dancing pals to his apartment, and that’s where the action allegedly took a kinky turn after two hours of drinking. White said she approached Phelps for a three-way: “He told me he’d never had one before but said it would be with me and then pointed at another girl. “Everybody else stayed put while we went upstairs and jumped into bed,” she said. A rep for Phelps did not return messages seeking comment.

The Associated Press reported that at least 84 schoolgirls in Charikar, Afghanistan were admitted to a hospital Tuesday for headaches and vomiting in the third apparent poison attack on a girl’s school in as many weeks, officials and doctors said. The students were lining up outside their school in northeastern Afghanistan on Tuesday morning when a strange odor filled the school yard, and one girl collapsed, said the school’s principal, who was herself in a hospital bed gasping for breath as she described the event. It was unclear if the incident was a deliberate attack on the school, though the Taliban and other conservative extremist groups in Afghanistan, who oppose girl’s education, have been known to target schoolgirls. The attack comes one day after 61 schoolgirls and one teacher from a school in neighboring Parwan province were admitted to a hospital after complaining of sudden illness. They were irritable, confused and weeping, and several of the girls passed out. Under the Taliban’s 1996-2001 regime, girls were not allowed to attend school. Though it was unclear if the recent incidents were the result of attacks, militants in the south have previously assaulted schoolgirls by spraying acid in their faces and burning down schools to protest the government. “I’m going to be scared when I go back to school. What if we die?” said a startled looking 11-year-old, Tahira, from her hospital bed.

Breitbart reported that as is sadly the case for all good things, the video website Hulu.com may well come under attack by the government, specifically in the form of antitrust action by the Obama administration. Socialism’s great horde of media apologists has begun a strong drumbeat calling for the U.S. government to go after Hulu, the immensely and increasingly successful source of online streaming media content. Cord Blomquist of the Competitive Enterprise Institute documents the socialists’ campaign for a government attack on Hulu in an excellent article at the Technology Liberation Front website. “Many media commentators are already using the kind of language we associate with past media antitrust cases,” Blomquist notes. “Hulu’s runaway success over the last year and its growing number of exclusivity agreements mean that it could see some of the added scrutiny that Mr. Obama believes is necessary in the world of media.  Of course, there are thousands of arguments as to why an actual antitrust case would lack any real merit—the availability of media in other formats such as broadcast or DVD, the number of non-exclusive deals Hulu has signed, the low barriers to entry and low costs for others to offer similar streaming video services—yet these arguments have failed to impress judges and administrations in the past.

In other news, Politico reported Monday that President Obama’s promise of changing Washington hasn’t extended to banishing the age-old practice of giving plum posts to relatives of your top supporters — as he’s done with the relatives of a half-dozen well-connected Democrats. They’re well-known names in Democratic politics — Kerry, Clyburn, Hamilton, Gregoire, Mikva and Emanuel — but have received little attention. There are federal nepotism laws barring public officials from hiring relatives in their agency or area of jurisdiction, but Obama has not instituted any specific ethics rules regarding the relatives of other prominent officials. Ethics advocates urged the president to be cautious.  No word on why Obama should be cautious about this when he spends tax dollars with reckless abandon and is casually removing post-9-11 strategy that has kept us safe for the last eight years, but, if we can figure out how we can all have marathon sex maybe we can ignore bothersome common sense stuff.

Hulu.com May Be Target of Antitrust Attack
http://bighollywood.breitbart.com/stkarnick/2009/05/11/hulucom-may-be-target-of-antitrust-attack/