We're spending as fast as we can

Reason Magazine reported Wednesday that the U.S. federal government has spent less than 6 percent of the $787 billion stimulus package approved by Congress in February, while the economy is recovering on its own.  Both the Fed chief and head of the president’s Council of Economic Advisors say the recession will end later this year.  Vice President Joe Biden says they’re spending as fast as they can and hope to have 70% spent by summer of 2010.  And IntoMobile reported Tuesday that Hugo Chavez became the first sitting national leader to launch a cell phone. The phone is called the “vergatorio” which is local slang for “penis.” Meanwhile, The Courier Mail reported that a man bought a porn DVD only to find footage of his wife having sex with his friend. Pundits are debating the power of a free economy, and the nature of cellular genitalia and video revelations.

“Good things come to those who wait, especially a solid economy if the country has a free market system with a modicum of common-sense regulation and limited taxation.  On the other hand, weird stuff will come from socialist leadership, like cell phone genitalia.  And I don’t know what to say about the poor bastard who caught his wife screwing his friend on some DVD he bought,” said Ashley Monigram-Holism, a hair care professional smitten with rational thinking and a small heat rash.  “It is rather remarkable that the U.S. economy shows signs of improvement despite the heavy corporate taxes that Obama wants to make worse, and a bizarre political system that rewards failure while forcing well-managed companies to compete against firms artificially propped up by the government.  Of course such resiliency can’t last if Obama taxes and controls private firms they way he plans to, and continues to nationalize badly run companies.  I wonder when he’ll announce his version of a penis phone.  Maybe he’ll have Chrysler and GM build environmentally friendly penis cars.  I’d like to talk more but I’m busy scanning porn DVD’s trying to find out if my husband is cheating on me.  So far so good.  Does it feel hot in here to you?”

Not everyone agrees with Monigram-Holism.  “The suggestion that America’s economy is improving on its own just because a tiny part of the stimulus package has been spent is absurd.  Such thinkers mistake the nature of economic recovery as something related to money, sales or GDP, when it’s really all about attitude.  President Obama’s current leadership of the free world is why all things are and will continue to become better and better,” said Trixie Dixie, an existential philosopher who gave up her job as a dish washer when Obama appointed her advisor to the U.S. Treasury.  “And don’t think that penis-based telephones, automobiles and hair care products won’t improve life on earth, and perhaps alter our understanding about race relations, gay rights and STD cures.  The more comfortable we become with goods and services that reference genitalia, the greater our capacity to contemplate the wonder of humankind within the scope of technological advancement, the social influence of Al Qaeda, and family members on porn DVD’s.  And I’m not just saying this because I use medical marijuana heavily; I’ve thought this all through.  Damn this is some good shit.” 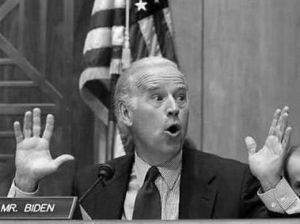 Reason Magazine reported that it turns out the federal government is not even efficient at wasting our money. The New York Times reports that less than 6 percent of the $787 billion stimulus package approved by Congress in February has been spent so far. The Obama administration has said it wants to spend 70 percent by the summer of 2010, so it will have to pick up the pace. Not to worry, says Vice President Biden: “I think that what you’re going to see happen here is the velocity of this will increase not just arithmetically, but geometrically here. At least, we’ve got to make that happen.” They’d better hurry, before the economy recovers on its own. Both Federal Reserve Chairman Ben Bernanke and Christina Romer, chairwoman of the president’s Council of Economic Advisers, say it looks like the recession will end later this year. In fact, Barclays Capital strategist Barry Knapp says it may have ended last month, which he predicts is where the National Bureau of Economic Research ultimately will locate the bottom of the downturn.

The Congressional Budget Office estimates that only 25 percent of the stimulus money will be spent by the end of this year. That’s one-quarter of a sum that stimulus enthusiasts such as New York Times columnist Paul Krugman said was woefully inadequate. “We’re trying to get the money out as quickly as we can,” says Biden, “but not too quickly, so we don’t end up really screwing up here….In 85 days we’ve gotten tens of billions of dollars out the door, and so far — knock on wood — no real big problems, no real big glitches.” In February, Nick Gillespie noted that stimulus spending always seems to come after the recession is over. Yesterday Veronique de Rugy and Eileen Norcross wondered if we’ll ever know exactly where the current batch of magically multiplying money went.

IntoMobile reported that Venezuela’s president Hugo Chavez has just done what no other cell phone company in the world would dare do. Chavez has launched the first ever “penis” phone. In an unprecedented product launch, Hugo Chavez became the first sitting national leader to launch a cell phone. Hugo took the time during his weekly TV show, “Hello President,” to unveil to the world the new “Vergatorio” cell phone. He proclaimed to the world that “This telephone will be the biggest seller not only in Venezuela but the world.” Chavez went on to add that “whoever doesn’t have a Vergatario is nothing.” For those not too versed in Venezuelan slang, the name “vergatorio” is derived from the local slang for “penis.” Chavez started down the road to his historic “penis” cell phone launch when he nationalized the cell phone manufacturer that made the Vergatorio. The President-turned-cell phone-pitchman wanted to make a cell phone that was “light, beautiful, good and cheap.” The end result is the unfortunately named Vergatorio.

The Courier Mail reported that a Taiwan carpenter bought a porn DVD only to find secretly taped motel footage of his wife having sex with his friend, whom the husband later stabbed. The husband, identified only by his surname Lee, discovered the illicit sex on the DVD in 2002. The sexual acts apparently had been recorded using a hidden camera and were on a pornographic DVD, titled Affairs with Others’ Wives, which the husband bought from a vendor to watch at home. Lee, who lives in Taoyuan County near Taipei, divorced his wife after viewing the DVD. His friend, a butcher, fled their village. In August 2008, Lee spotted the butcher in Chungli City, returned with a knife and stabbed his former friend in the thigh. Lee was indicted on Tuesday on a charge of causing bodily harm to another person.

Some people say the notion of common sense and good taste are illusions forced upon the masses by the bourgeoisie.

“It’s all bullshit,” said Marxie Noble, as he sat with his penis in one hand and cell phone in the other and wondered which was which.  “Logic and taste are invented dictums being forced on the people by power mongers who want to enslave men and women with dialectical arguments about values, responsibility and rule of law.  It’s all meaningless.  Soon, countries run by enlightened dictators will prove how much better off their economies are than capitalist ones because their leaders do whatever they feel like.  For example, when Hugo launches PenisPhone 2.0 — a cell phone/vibrator combo — Venezuela’s economy will explode and become the most powerful in the world.  You think women are always on their cell phones now, wait until 2.0, they’ll be literally on-their-phones day and night.  Gives whole new meaning to the cell phone company’s ‘Family and Friends’ program.”

In other news, Thanhnien News reported a couple weeks ago that doctors have been reporting an increase in the number of Vietnamese men being rushed to hospital after their sexual organs have been cut off by jealous wives or girlfriends. The good news for the castrated men is that the amputated organ can be successfully reattached if it is preserved properly. Doctors say the men who have their members cut off should “hang on to their penises” and not give up hope.  A properly refrigerated penis rushed to hospital with the victim, can be successfully reattached and in most cases erections return about a month after surgery.  However, doctors say ejaculation may be delayed for a while and the penis could be a little smaller than before.  No word on whether the doctors also fix penis cell phones, but once Joe Biden is on the case, rest assured that the government will be working on it as fast as it can.  So we’ve got that going for us.

Men should hold onto dongs, due to recent slashes
http://www.thanhniennews.com/healthy/?catid=8&newsid=48173