LONDON (Reuters) – Researchers have mapped the DNA of dozens of strains of yeast used for brewing, baking and biofuels, something they said Wednesday will help map the human genome and could lead to better-tasting beer and wine.

This means brewers can pick the best strains to make beer with more flavour or perhaps help vintners bottle wine that lasts longer after opening, Ed Louis of the University of Nottingham in Britain and colleagues reported in the journal Nature.

“We now have a view of the variation across the entire species, which will allow us to make better combinations for better uses of things like beer and wine,” Louis said in a telephone interview.

“I’m going to be using it to create better strains for biofuel production.”

Yeast has long been used as a model for studying cancer, ageing and diseases like Alzheimer’s in humans because many of its genes are similar to ours. It also has as many genetic variations as human DNA, the researchers said.

The team mapped the genes of more than 70 strains of yeast used around the world for baking bread, brewing beer and making wine. They also looked at wild strains found in oak bark.

Because the genetic map of yeast is much smaller than the human genome, the researchers were able to more quickly and cheaply map all the genetic differences in many different strains, Louis said.

Besides offering ways to improve beer, wine and bread, the maps could provide a model scientists can use to build computer software needed to scan the more complex human genome, Louis said. 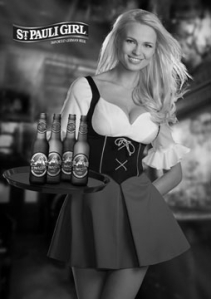 Researchers across the world are mapping the human genome to look for genes involved in diseases, determine who may be at risk for certain illness and to help design more-tailored drugs.

While scientists have so far sequenced the DNA of a few individuals, the goal is to do so on a much bigger scale to more definitively tie genetic variations to different diseases.

“Now we can build the tools that will help us compare thousands of humans across the genome and all the variants,” Louis said.

Comments Off on Better beer through DNA mapping