Obama upbeat on Change in Iran, “Missing” Man took Break from Wife, and Girl’s body Dug Up to be “Corpse Bride”

Obama: things are looking up in Iran

MSNBC reported Tuesday that President Obama is concerned about the election in Iran but sees more “openness” in the country as some voters express dissent.  And The Oregonian reported Monday that a man reported missing by his wife last week was located Saturday. But he says he wasn’t missing — just following his wife’s wishes to go away. Meanwhile the Telegraph reported Monday that five people have been arrested in China for digging up the corpse of a young woman to be a “ghost bride” for a man killed in a car crash. Pundits debate the nature of hope and change as it’s reflected in Iranian dissent, husbands who go away, and the wedded bliss of dead brides.

“The nature of cultural change is one of incremental development, often in an evolutionary sense and occasionally with a predisposition to growth and improvement based on hope and initiative.  This is exemplified in Iran with the careful rioting of the people and the governments thoughtful reaction of shooting them, and shutting down cell phone and Internet communications,” said Wendy Wontyou-Maybee, a nurse and part-time intellectual who believes that multidimensional space is subdivided by cats, but isn’t sure how.  “The ethereal nature of the dead being married to the dead is a spiritual connection and it’s enhanced for the wedding attendees by the actual digging up of the bodies, the sweat, the smell and the general fooling around.  The wandering off of a husband told to go away is also a sort of spiritual response filled with subtle meaning.  Barack Obama senses and understands all these things in a deeper way than mere mortals and that’s why he can speak intellectual teleprompter knowledge that transcends our brain waves to the extent that some people even think he’s absurd and almost stupid.  Barry’s genius exists at levels above the common people.  And no woman will ever tell him to ‘go away,’ because he’s a real hunk.  I say that in a metaphysical sense and with great meaning and nuance.  Nuance is so cool.  Sometimes I like to sit naked in a field and imbibe the ethereal nuance that is life. It’s really great except for the chigger bites.”

Not everyone agrees with Wontyou-Maybee. “This is some twisted shit, let me tell you.  There’s no ‘nature of hope and change’ to talk about here.  Obama and the five Chinese are off the rails, I don’t know about the husband who decided to ‘go away’.  There is lots of nasty stuff behind all three of these issues if we’re open and honest about it,” said Ursula Twice-Plaid, a scuba-diving instructor and part-time post master who values silicon and leather but likes individual freedom and personal responsibility even more.  “I don’t really get into judging other cultures and stuff, but digging up a dead woman to marry a dead guy is morose. The Chinese may have invented fireworks, but this dead marriage thing isn’t one of their highest achievements.  And the culture of Iran isn’t changing because there are some people pissed-off in that country.  They’re always pissed-off.  That’s why the Shah is gone and Islamofascists are running the damn country today.  I’m not saying there aren’t some people who want to change their government and make it more peaceful, but I am saying that some people complaining in a Middle Eastern country is hardly a sea change, let alone a reason for optimism.  I mean come on, think about it.”

MSNBC reported that President Barack Obama expressed “deep concerns” about the election in Iran and said the outpouring of political dissent signals more openness in that country. Republican Sen. John McCain urged more forceful condemnation of what he called a “flawed” election. Obama stopped short of saying the re-election of hard-liner Mahmoud Ahmadinejad was rigged. “I do believe that something has happened in Iran,” with Iranians more willing to question the government’s “antagonistic postures” toward the world, Obama said. Obama has said nothing about the declared winner, Ahmadinejad, or the pro-change challenger Mir Hossein Mousavi whose supporters claim the election was stolen. After deadly protests in Tehran on Monday, with demonstrators holding signs that read, “Where Is My Vote,” the clerical regime organized a counter-rally Tuesday. Ahmadinejad traveled to Russia on Tuesday after delaying a trip for a day but did not mention the Iranian election or unrest. Instead, he focused on a traditional target, the United States. “America is enveloped in economic and political crises, and there is no hope for their resolution,” he said through an interpreter. “Allies of the United States are not capable of easing these crises.” 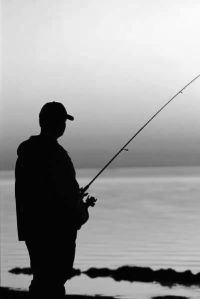 The Oregonian reported that a man reported missing by his wife last week was located Saturday. But he says he wasn’t missing — just following his wife’s wishes to go away. William Peterson told police he and his wife had an argument and she told him to get out. So, Peterson spent the week fishing and camping in Bend. His wife, Pam Peterson, said that the argument with her husband happened months ago, and that she forgot about telling her husband he could always leave. Apparently, her husband had not forgotten, she said. Peterson, 53, was reported to have left his home on June 6. Pam Peterson, told police her husband left on an overnight fishing trip without saying where he was going. He had done that before, but when he failed to appear at work she reported him missing.  Cornelius Police Cmdr. Ed Jensen said the search for Peterson involved the U.S. Forest Service, as well as law enforcement officers from Linn, Lane and Marion counties. He estimated that thousands of dollars were spent on the search.

Dying to become a bride?

The Telegraph reported that five people have been arrested in China for digging up the corpse of a young woman to be a “ghost bride” for a man killed in a car crash. The men were caught after unearthing the remains of a teenage girl who had poisoned herself after failing her university entrance exams last year, a newspaper in Xianyang in China’s Shaanxi province reported. In rural China, superstitious villagers have for centuries sought out the bodies of recently deceased women to be ghost brides for young men who die single. Marriage ceremonies are conducted for the two corpses, and the bride is placed in the same grave as her husband. Last year, a gang in southern China was arrested for strangling young women to sell as ghost brides when the supply of female corpses in their area ran short. 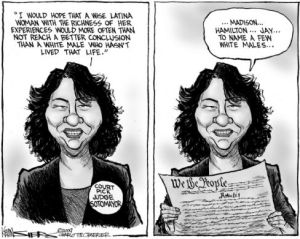 In other news, MSNBC reported Tuesday that Supreme Court nominee Sonia Sotomayor is defending her membership in an elite all-women’s club, telling senators the group doesn’t discriminate unfairly by gender even though men can’t belong to the club. She said the club “involves men” in many of its activities. No word on why a “wise Latina female” should be subject to such questioning when everyone knows that her very existence makes her more intelligent and more capable than most people, and white men in particular.  But perhaps some Americans are still struggling with the ethereal nature of “hope and change” based discrimination and haven’t adjusted to the finer points the new world Obama is making for us.

“Missing” Cornelius man was taking break from his wife
http://www.oregonlive.com/washingtoncounty/index.ssf/2009/06/missing_cornelius_man_was_taki.html

Teenage girl dug up to be ‘corpse bride’
http://www.telegraph.co.uk/news/worldnews/asia/china/5541242/Teenage-girl-dug-up-to-be-corpse-bride.html

Comments Off on Obama upbeat on Change in Iran, “Missing” Man took Break from Wife, and Girl’s body Dug Up to be “Corpse Bride”