XCOR will put you in space for only $95,000
Experts warn Barack Obama of an impending nuclear Iran
Sperm donor fathers 46 children 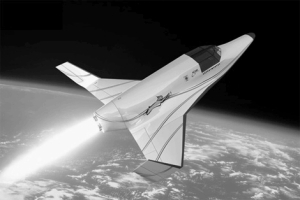 XCOR Aerospace announced Tuesday that they have begun selling rides to the edge of space for just $95,000 per flight. Participants will fly aboard the Lynx, a two-seat suborbital vehicle. And the U.K. Times Online reported yesterday that Tehran is on course to produce a nuclear bomb in the first year of an Obama administration, a coalition of top think-tanks has warned.  Meanwhile, a Dutchman known as Europe’s most committed sperm donor says he’s fathered 46 children and is willing to keep at it. Pundits are debating the risk-reward profiles of being blasted into space by XCOR, being blasted off the face of the earth by Iranians, or guys just blasting away in an effort to support spermless women on a quest for the parenthood frontier.

“At some point in everyone’s life, we’re all on some kind of a search for adventure, power or procreation, it’s just the way human nature is,” said Hazel Rae Harlequin, an experimental scientist and occasional plumber, who often contemplates human existence, birth control and the laying of pipe; sometimes all at once. “I’d love to ride a rocket and have a couple kids but there’s no way that the Iranians should get to have a nuclear weapon.  If I sign up at XCOR and they blow me up, I’ll have understood the risk.  If I get kids from marriage or a sperm donor and they make my life a mess, it’s my own fault; I’ll have understood the risk.  But if the Iranians get nukes and start blowing up shit, that’ll only be my fault if I’m on the side of people who let them.  I won’t be on that side.  Common people, stop them.  If you don’t, you’ll share responsibility with them for the crazy shit that they do. Do you want that guilt? Do you want to live with blood on your hands?” 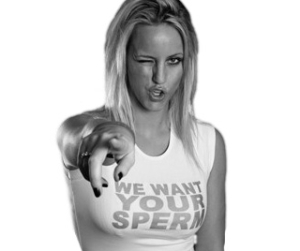 Not everyone agrees with Harlequin.  “Nothing is anyone’s fault; there are no moral absolutes or ethical responsibilities.  We do what we do, have a good time if we can, and die, that’s it,” said Harney O’Dickwadd, a professor of ethics from San Francisco, who despises common sense and head colds, but routinely refuses treatment for both.  “Whether you’re riding rockets into space, blowing up people you disagree with, or knocking up chicks with reckless abandon, it’s all the same.  If it was fun then that’s a reward worth the risk.  If you blow yourself up by accident, spread bad genes or disease, or something else happens that makes you unhappy, then it wasn’t worth it.  It’s all about me and having a good time.  I don’t care about anyone else.  I’m not responsible for anything I do.  And the U.S. government agrees.  They proved that by bailing out stupid mortgage lenders who mismanaged their businesses to the tune of $700 billion.  It’s the new morality baby.  Personal responsibility is dead, and is government approved.  I’m lovin it!”

Jules Klar, founder of Phoenix, Arizona-based RocketShip Tours, announced in a XCOR press release this week that his company is now selling rides to the edge of space for $95,000 per flight. Participants will fly aboard the Lynx, a two-seat suborbital vehicle being built by California-based XCOR Aerospace. XCOR Chief Test Pilot and three-time Space Shuttle Pilot and Commander, Rick Searfoss said the Lynx will carry people or payloads to the edges of space up to four times a day. Seated next to him in the co-pilot seat, participants will experience the thrill of a lifetime. The awe- inspiring view of the curvature of Earth, the thin blue mantle of the atmosphere below, and inky blackness of space above will provide participants with unforgettable memories beyond description. Klar said he was inspired by the revolutionary Lynx suborbital vehicle because it offers participants a unique and intimately personal experience. “You’re sitting in a cockpit in the co-pilot’s seat beside your astronaut pilot, with a panoramic view of the stars above and Earth below. It is the ride of your life!” 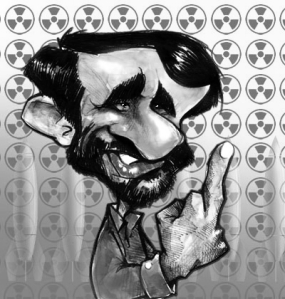 Times Online reported that Iran poses the greatest foreign policy challenge to Barack Obama, the U.S. President-elect, with Tehran on course to produce a nuclear bomb in the first year of an Obama administration, according to a coalition of top think-tanks. The warning came in a report entitled “Restoring the Balance”. The Middle East strategy for the President-elect was drafted by the Council for Foreign Relations and the Brookings Institution. Mr Obama must keep his promises of direct talks with Tehran and engage the Middle East region as a whole if he is to halt a looming crisis that could be revisited on the US, the experts said. Gary Samore, one of the authors, said that the level of alarm over the “hornet’s nest” facing the President-elect in the Middle East, and the need for the swift adoption of previously untested approach, had inspired the decision to write policy for him. “New administrations can choose new policies but they can’t choose next contexts,” Mr Samore said. 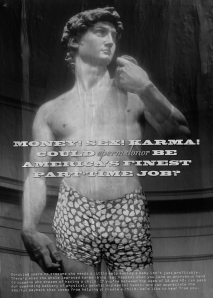 United Press International reported that a Dutchman known as Europe’s most committed sperm donor says he’s fathered 46 children and is willing to keep at it. “I do it because I know how hard it is for people who desperately want a child,” said Ed Houben, a tourism guide from Maastricht. One of the reasons Houben is so popular, he said, is because many men stopped donating sperm three years ago when the United Kingdom said donors no longer could remain anonymous. As a result, British women are going to other countries to find a sperm donor or having sperm samples sent to them, said Houben, noting women find out about him through the Internet and through word of mouth. Houben, who said he’s never had sex with any of his children’s mothers, recently held a party at his home for his children and their families. “The kids had the chance to play with their half-brothers and sisters, which was nice, said Houben.

Some people say that there’s way too much sex and violence in the world and that if XCOR could launch some common decency into the Middle East, they’d happily pay twice the $95,000.

“People spend way too much time worrying about sex and violence instead of living day-to-day with good common sense, a modicum of personal responsibility and just being nice to each other,” said a passing postal recipient, whose rippling biceps and muscular torso often distracts people from hearing what he’s saying. “I’m not a prude who believes that everyone has to think the way I do, or even a person who is against blowing up another nation if they deserve it.  But to call for the destruction of another country because they’re Jewish, like Iran has, or to use innocent taxpayers’ money to bail out millionaire CEO’s who mismanaged their company’s, is just wrong.  This story would have been so much better if it could have been written about sperm donors and fun trips on rockets without having to consider an Iranian prompted nuclear holocaust.  If the Iranian citizens won’t do it, then we have to take down President Ahmadinejad and his nuclear ambitions.  It’s as simple and as complicated as that.  A sad truth perhaps, but a truth just the same.”

In other news, Associated Press reported Monday that a Muslim graveyard in India has refused to bury nine gunmen who terrorized Mumbai over three days last week, leaving at least 172 people dead and wreaking havoc at some of its most famous landmarks. The men are not true followers of the Islamic faith, according to the influential Muslim Jama Masjid Trust, which runs the 7.5-acre (three-hectare) Badakabrastan graveyard in downtown Mumbai. “People who committed this heinous crime cannot be called Muslim,” said Hanif Nalkhande, a trustee. “Islam does not permit this sort of barbaric crime.” No word on how Nalkhande feels about Iran’s plan to wipe Israel off the face of the earth, or Dutchmen who donate sperm to the spermless, but perhaps the fact that a Muslim has declared other Muslims wrong when they indiscriminately killed other people, will offer some hope to those of us who just want to pursue a little bit of life, liberty and happiness, before we slip the surly bonds of earth and touch the face of God.