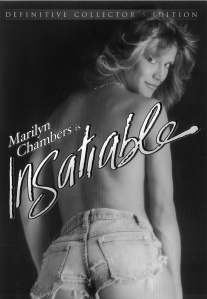 “There are no inherent risks of having the federal government run your business and tell you what to do, because bureaucrats and elected officials know better than you do how to do everything; and all the fuss in the West about Muslim’s killing their kids or beheading people they disagree with is all overblown, it’s a cultural tradition that should be respected, even promoted,” said Emil Von Missive, a short statement of dubious nature existing on a diet that’s light on facts and lighter still on common sense.  “If bureaucrats and Islamofascists had been running Marilyn Chambers life she wouldn’t have been dead at age 57 and found in a trailer park in California where she was living.  She’d have been in public housing and the fifteenth wife of a Muslim extremist where she’d been productively popping out baby Muslim Nazi’s for the good of all humankind, god willing.  In fact one of her own progeny might have one day single handedly destroyed Israel and the West.  The freedom loving bastards.”

Not everyone agrees with Von Missive.  “The idea that a government is more capable than an individual in running a business, or that Islamofascists represent a ‘peaceful’ religion, is as ridiculous as the idea that an aggressive porn lifestyle is healthy in the long run, or that mobile home living is something to aspire to,” said Lucy Li-Deathray, an atomic scientist and part-time stripper at the Healthy Heifer Strip Club and Plutonium Emporium.  “I may only dabble in nuclear energy and toy with hormonally over-charged club patrons, but I know that no form of government is going to run as efficient or effective a business as someone who does the work day-in and day-out.  When you’re on-site you know what your customer wants and how to please them.  When you’re in D.C. you’re in an environment thick with the ‘I am a god and I can do shit because I can do shit’ mindset and it has no bearing on what goes on in the real world.  Tough break for Marilyn.  She screwed with the best of them but went down early.  The porn business will chew you up and spit you out — just like Muslim extremists and the fed’s trying to run your business.  It’s a different kind of screwing, but the results are the same.  They take, you give.  We’ve got to get back to private enterprise and personal responsibility in this country or we’re all going to be living in trailer parks and die young.”

The Wall Street Journal reported that Goldman Sachs Group Inc., frustrated at federally mandated pay caps, has been plotting for months to get out from under the government’s thumb.  On Monday, Goldman took fresh steps to break free: It announced, as expected, that it plans to raise $5 billion by selling new common shares to investors, and that it would like to use the money to repay government bailout money received last year. The firm also reported stronger-than-expected first-quarter earnings of $1.81 billion. 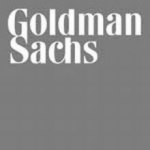 At a meeting President Barack Obama hosted with bank executives at the White House in late March, Lloyd Blankfein, Goldman’s chief executive, argued that banks needed freedom to repay the loans the U.S. forced them to accept in October. Eight large institutions received a total of $165 billion in capital, including $10 billion for Goldman. Pay restrictions were tied to those loans. The banks were told then that everyone had to accept the money so it wouldn’t be obvious who needed it most.

The federal government’s management of the financial crisis is entering a new phase. The trillions of dollars Washington has committed to help stabilize companies and thaw frozen credit markets have enmeshed the government deep in the affairs of investment banks, insurers and auto companies.  If Goldman is permitted to repay its loan, it would be the first big bank to do so. The U.S. has indicated it won’t allow any major banks to do so before the government considers the results of financial “stress tests,” which are expected by April 30. Because of the technicalities of the loans, it could take months before Goldman or any other big bank that repays will escape the government’s clutches. 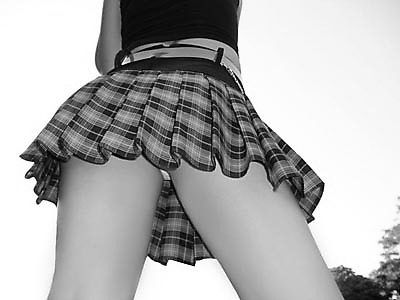 MosNews reported that a Muslim resident of Russia’s St. Petersburg has hired killers to rid him of a daughter who disrespected Islamic laws by wearing short skirts. The police detained Gafar Kerimov, 46, after he reported that his daughter went missing, but blurted out that the girl was dead already, Komsomolskaya Pravda newspaper reported Monday. The family, ethnic Azerbaijanis, used to have frequent arguments about how the daughter should dress and behave.

Rashida Kirimova, 21, studied medicine at a St. Petersburg school and waved away her father’s criticism when he said her clothes weren’t modest enough and were unfit for a Muslim girl.  During winter, Rashida wore high-necked sweaters and long trousers, causing no problems in the neighborhood, but when spring came, she put on a skirt that left her knees exposed. The father’s Muslim friends again started reproaching him for being negligent and allowing his daughter to walk around dressed like a fallen woman. They said the insult could only be washed away by blood, and introduced Gafar to a killer, who agreed to help him for around $3000. The killer, Kadyr Suleymanov, seized the girl on April 8th as she was hurrying to classes. He and two accomplices drove her out of the city to a suburban dump, shot her dead and covered her body with garbage.

In other news, United Press International reported Sunday that a Saudi Arabian judge has refused to overturn a ruling that declared the arranged marriage of an 8-year-old girl to a 47-year-old man legal, a relative says. The judge, Sheikh Habib Habib, ruled for the second time Saturday in Onaiza that the girl’s marriage to a friend of her father’s was legal and binding. He said the child wife could file for divorce once she reached puberty, CNN reported. An attorney, Abdullah Jutaili, said the girl’s father arranged the marriage with his “close friend” to pay off a monetary debt. No word on why trading girls for cash is better than Marilyn Chambers self-selected lifestyle, but with the gradual decline of individual rights in the West and the increase of government power and coercion, perhaps we’ll eventually just get used to believing whatever the people who hold power over our lives tell us to believe.